Our guide Antonio said I was good at seeing the small things and Anita was good with plant identification.

We saw our first lemurs soon after starting our 3 hour walk in the park. It’s a rainforest park close to the north end of the island. It’s Madagascar’s oldest national park, established by the French in 1920. Nowadays, the 5,000 residents of Joffre Ville adjacent to the park are required by law to each plant 50 trees annually in the vicinity of the park.

The lemurs we saw first and most frequently were Sanford Browns. They travel in matrilinial packs of about 14. Their bodies are about 15 inches long, and like their name, they are brown. Almost uniformly brown. Being day lemurs, their eyes aren’t particularly big. The alpha female sets a path, and the pack follows.

At one point, we saw both crowned lemurs and Sanford browns. They don’t often share spaces, and these ones were separated by the path.

When we entered the path, we followed the road uphill. We turned off onto a dirt path about a meter wide. It was on the path that we saw the lemurs and most of the chameleons. The stump tail chameleons were the hardest to spot, being 3 to 4 cm long. The amber mountain chameleons were about 25 cm long and bright green. The elephant eared chameleon had its ears pressed tight against its body, and was mostly brown with golden rings when we saw it.

The hardest to spot creature was a gecko that was just slightly darker than the stick it was resting on.  Antonio told us that geckos have four layers of dermis, and therefore four layers that have pigment. Geckos have an opportunity to to add or reduce pigment in each layer, enabling camouflage.

Because of our flight confusion, we visited two places this day. From Amber Mountain National Park, we travelled cross country for two and a half hours to the Red Tsingy. Oh my. The edge was a bowl of red soil with rather an abrupt edge. Near the floor, the sharp peaks began, as erosion happened in erratic areas. There is a circuit taking visitors through this unusual landscape, with stairs at either end.

At the base of the bowl, the Tsingy are five to eight feet tall and smooth edged. The path was hard packed sand in the same rich red-orange colour. The entire bowl was probably half a kilometre wide, with little vegetation. It’s stunning and every and well worth the visit.

On the way to the lodge, Anita and I mostly slept, though we woke up long enough to see a stellar sunset.

Our accommodation for three nights is in cement cabins with bougainvillea bushes surrounding the entrance — the Ralais de l’Ankarana. 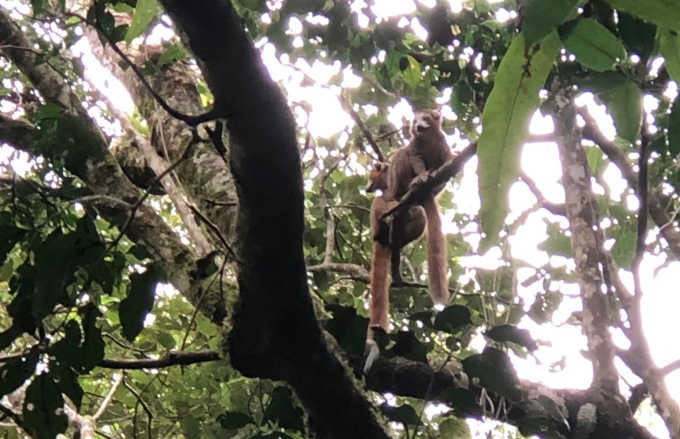 A pair of crowned lemurs. 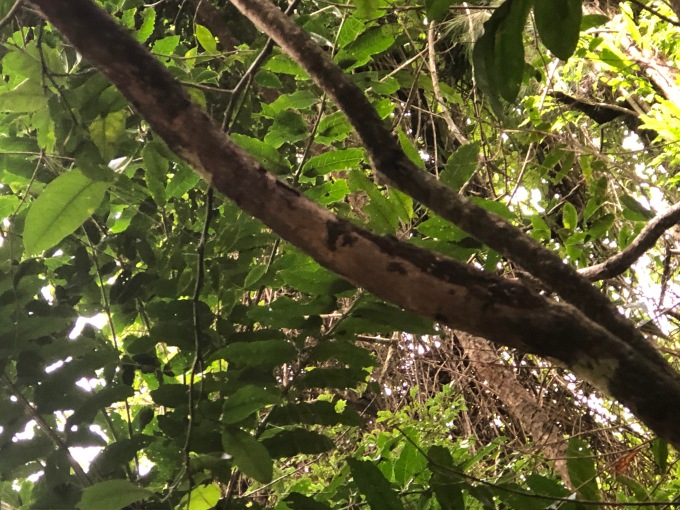 And now, the Red Tsingy: 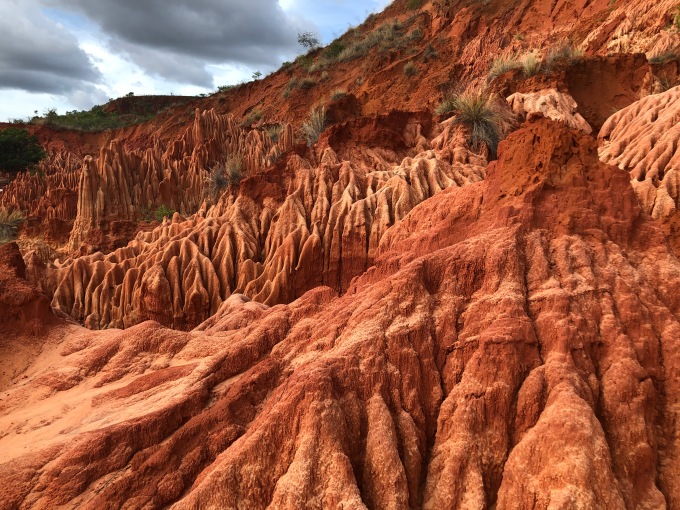 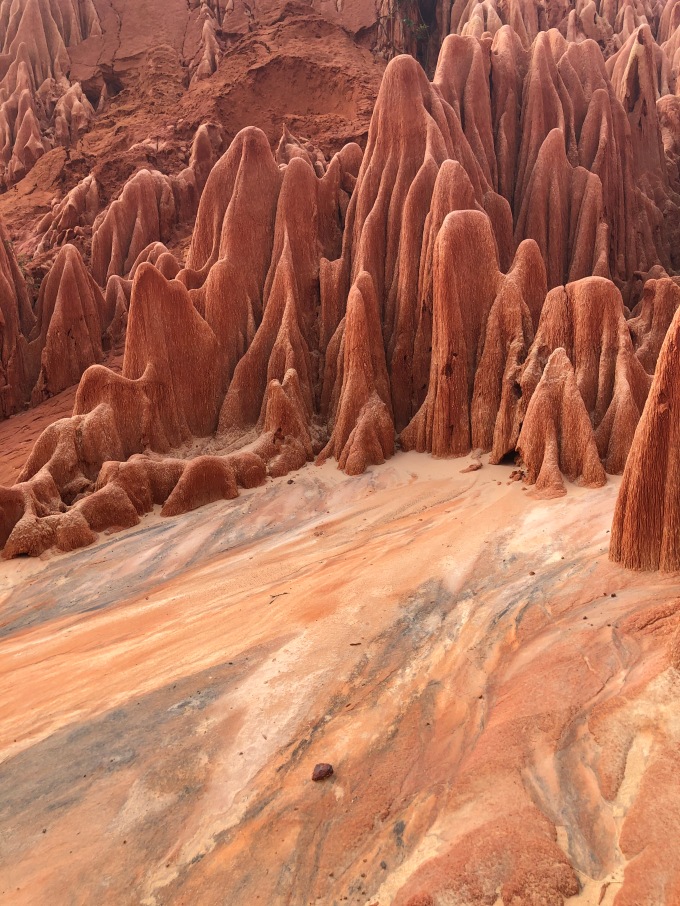